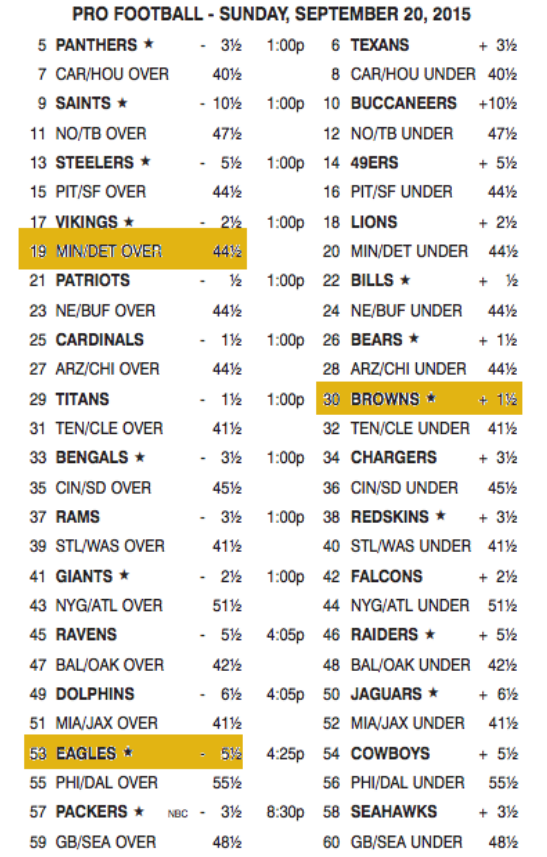 Minnestoa's home opener is agains t its division rival the Detroit Lions. After both teams coming off losses, intensity will be turned up to ensure they stay in the division race. The key here is both offenses were mediocre in the 1st game and neither teams' star player managed to impact the outcome. Look for Calvin Johnson and Adrian Peter both to have 2 touchdown games and Teddy Bridgewater to bounce back and put up a few point back at home in his comfort zone. Not a high scoring, but enough combined touchdowns and field goals will result in the over. (Vikings -44.5)


In Week 1, former Heisman trophy winner Marcus Mariota tied all sorts of meaningless records in the Tennessee Titans debut. As a result of the dominant win, and Andrew Luck getting abused by the Bills, the Titans have became a laughable dark horse favorite in the AFC South. The Browns have announced Johnny Manziel will be starting and you can guarantee that the stadium will be rocking. As a result look for the early momentum to favor the home team and the Browns will pull the early season upset against the Titans. (Johnny Football +1.5)